Today Iceland celebrates June 19th, the day Icelandic women (over forty) got the right to vote, one hundred and two years ago. We have made great progress since then and as a nation we now lead the world when it comes to closing the gender gap. We can be proud of that position, but we can also agree that our work is not done and we must do better.

Ten years ago, we celebrated the launch of Audur Capital on this special day. Kristin Petursdottir and I dressed up in traditional Icelandic costumes and felt proud to be launching perhaps the first investment company founded and led by women. We founded the company with the vision to incorporate more feminine values into finance. We wanted to be risk-aware, deliver profit with principles, apply emotional capital, do more straight talking and last but not least, we wanted to see more women embracing financial independence. Just over a year after we founded the company, Iceland’s financial sector collapsed and we survived this infamous economic meltdown in tact. Our story has inspired many to avoid sameness and embrace not only gender diversity, but inclusive cultures in general.

Now, almost 10 years later we have seen great progress, but facts speak volumes about how far we have yet to go to truly bridge the gender gap and create corporate cultures that fully allow each and every person to bring themselves to work. How will we ever change and improve broken systems if we continue to do the same things, in the same manner with the same people? 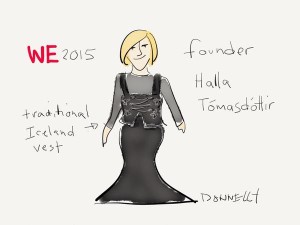 Two years ago, when Icelanders celebrated the 100th year anniversary of women’s suffrage, I founded and chaired a global dialogue on closing the gender gap. Leaders from business, politics and academia from both sides of the Atlantic met in Iceland to share best practices and discuss the way forward. Women and men alike agreed that it shouldn’t take us another 100 years to close the gender gap, the economic and social benefits are too important. It was an informed and inspirational dialogue and to honor this day I want to share a handful of the highlights with selected quotes. 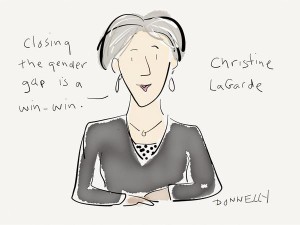 “It is a fact that women on boards have a positive effect on the business” Pat Mitchell, formerly CEO of PBS

“I’ve been around for a long time and there’s ONE important message: Women have to be disobedient..It’s not always easy, it can hurt, sometimes you’ll be criticised but that’s how you change how things are done”  Ingibjörg Sólrún Gísladóttir, UN Women, formerly Mayor and Foreign Minister in Iceland 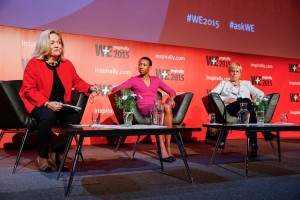 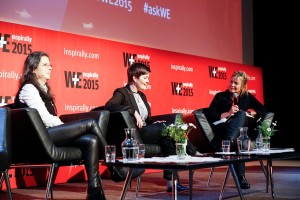 “Women should be women” Hreggviður Jónsson, formerly Chairman of Iceland Chamber of Commerce

“Don’t play it like a guy. Be fearless in bringing your feminine gifts and talents to the party” Ivy Ross, SVP Google

“Women on boards need to be unafraid to be the different voice” Nancy Calderon, Lead Partner KPMG 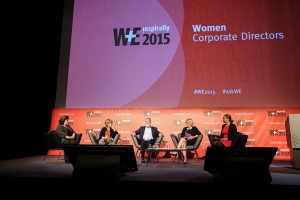 “The best gift that my father gave me was giving me the courage to run for the student council” Tiffany Dufu, Whitehouse Project, Levo League

“If she can see it she can be it”  Geena Davis, Actress and founder of Geena Davis Institute on Gender in Media 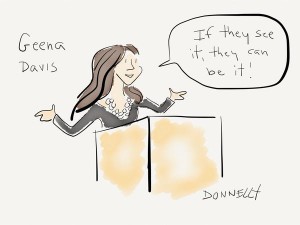 “Best strategy is getting people into leadership that we look up to, that inspire us. So we need to get more inspiring women into leadership” Tiffany Dufu, Whitehouse Project and Levo League

“Will is all you need – if you want to change it you can” Birna Einarsdóttir, CEO of Islandsbanki

“Change has to be a true commitment from everybody at the top” Pernille Spiers-Lopez, former CEO of IKEA

“In inclusive cultures you don’t leave your personality at the door”  Pernille Spiers-Lopez, former CEO of IKEA

“Men need to come out in the workplace as people who want to have families” Dr. Michael Kimmel, SUNY 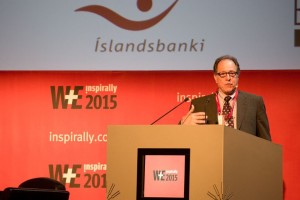 “This world has been controlled by men much too long and dominated by men for much too long….. I’m absolutely convinced that we have tried this leadership method to the fullest and WE have to find new ways to run our societies” Jón Gnarr, fv. Borgarstjóri

I sincerely hope that we don’t need another century to close the gender gap and reap the economic and social benefits of doing so. We should be unafraid to engage in the gender dialogue, without it progress will be limited. Lets roll up our sleeves and make this happen, for our mothers, daughters, sisters and brothers. Happy June 19th!