I have always been fascinated by the power of role models and consider myself lucky to have been exposed to some truly great role models from my parents to the first female president in the world. This fall I volunteered at my children’s school and used the opportunity to do a role-model experiment with 13 year-old boys and girls.

I started by asking the students to draw a picture of the following: 1) teacher 2) entrepreneur and 3) president. I gave no further instructions. What emerged was a very gendered picture. A teacher is female in the eyes of nearly all of the students. There were only two exceptions to that rule and both came from boys who drew a male teacher, one of them referenced a male teacher at his school. An entrepreneur is male. There were again only two exceptions. One came from a girl whose father works in the entrepreneurship eco-system, and she drew herself as an entrepreneur. Another girl drew a transgender entrepreneur, and duly noted that this was an entrepreneur from the future. A president is also male. This is the case even in a country that had the courage to be first to democratically elect a female president 36 years ago. And this happened in a classroom with a guest teacher who ran for president just a few months ago. There were four exceptions to this. Three girls drew a female president (all three of them know me personally and were indirectly involved in my campaign) and one boy drew a “faceless” president and explained that “his” president was neither male nor female, but both (which I thought was very cool). 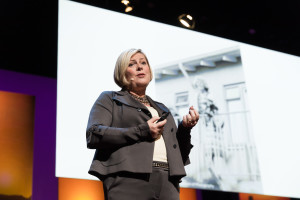 What unfolded were some very interesting conversations. The kids showed both clarity and maturity in the way they approached the topic. They were sincere and willing to challenge own stereotypes and were in total agreement that we should do away with pre-conceived notions about male and female jobs. Yet, at the end of class when I asked the students to take a few minutes to consider their own career choices and share them with the class, I was somewhat disappointed to see only a few brave, non-gender confirming choices. We clearly need more education and conversation to change those deeply rooted ideas, and perhaps we need to start at an earlier age?

When explaining their choices, most of the children made references to role models from their familiar environment. They typically looked to their parents or relatives first but also referenced highly visible heroes (like professional football players), famous leaders (like Presidents and CEOs) and celebrities and other characters from media. To me, this highlights the importance of our children being exposed to both male and female role models and the need to make a special effort to show them that women can also be fire fighters and software programmers and men can also be nurses and stay-at-home fathers. 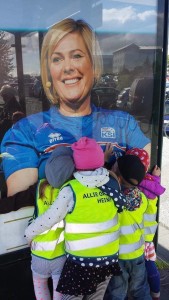